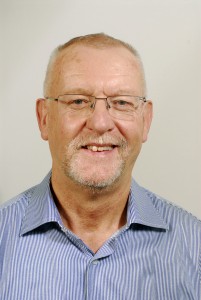 After getting my degree in Pedagogical Sciences in 1978 at the Vrije Universiteit (Free University) of Amsterdam I worked for almost 20 years as a part time teacher in Psychology and Pedagogical Sciences at a nursing school. Teaching these young nurses I learnt a lot about their work environment (psychiatric hospitals, general hospitals and institutions for mentally impaired people).

I studied Italian at the College for Interpreters and Translators of Utrecht. It was only a hobby until I decided to become an Italian teacher and interpreter in 1998. I started to teach at the Volksuniversiteit of Hilversum. In 1999 the Royal Tropical Institute of Amsterdam (KIT) asked me to work as an intercultural trainer with expats and international managers who work with Dutch people from Dutch companies. By doing so I became a trainer of Dutch culture in the program ‘Understanding the Dutch’. More or less at the same time two other (American) intercultural training agencies asked me to do the ‘Dutch job’ for them as well. While working with expats and managers I became much more aware of the cultural influence on human behaviour. To do this job well I relied on the knowledge I gained at university becoming a Master in Pedagogical Sciences, which after all is a branch of Behavioural Science.

If you want to understand other cultures you should be aware of your own cultural values. We often use these values as a standard to judge other people and different cultures. Being unaware of our own values leads often to a distorted and prejudiced view on other people. In my trainings and classes I try to build a bridge between people of different backgrounds without denying ourselves or the need to agree with the standards of others. This is done by making all the participants aware of their often unconscious assumptions about life and other people. When you gain this new awareness of diversity and embrace it, it will enrich your life and that of others.